An Interview With Jim Hodges About Historical Audiobooks 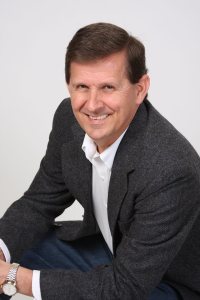 Looking for some quality Medieval stories that actually teach accurate history? What if you could enjoy them as audiobooks? Jim Hodges Audiobooks provides a perfect solution!

Recently, Sarah Kay Bierle interviewed Jim Hodges, asking about his audiobooks, love of history, and educational ideas. Jim Hodges began recording great literature in 1999, after a 20 year career in the U.S. Navy; since then he’s been a frequent vendor at homeschool conventions across the country and a world-wide traveler always on a quest for more history and stories.

We’re delighted to share this interview and give you a glimpse into our afternoon’s conversation…Sarah: What sparked your interest in history?

Jim: I was about 30 years old and I found in a used bookstore a book called Trinity. It was written Leon Uris; it was a Pulitzer Prize winning historical novel about the Catholic/Protestant – British/Irish conflict that had been going on for a couple hundred years, and it followed two families…and you learned the history through the story of their lives. It was my introduction to history, and it was really the first time I ever got captivated by history…by reading a historical fiction novel. 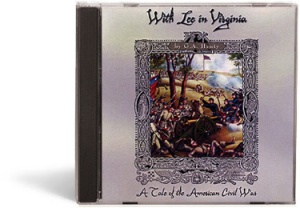 Sarah: How long have you been recording audiobooks?

Jim: I actually started the recording in 1999. [When I was getting ready to retire from the military] my wife had asked me, “What would you like to do after you get out of the navy?” And I told her a couple of things and she came back and said a different question, “Okay, well those are all viable – what would you do if you could do anything you wanted?” And I said, “I’d record books.” And so she said “Let’s try that!” …That’s when I recorded With Lee in Virginia which is about the Civil War…

Sarah: How long does it usually take to record and produce an audiobook?

Jim: Much longer than people think. I actually spoke to a gentleman who was also a homeschool curriculum provider, and he said “I thought you just sat down in front of the microphone, picked up the book, and started reading.” I said, “Oh, no, no.” I spend a good bit of time pre-reading the book of course. I’m also putting together a pronunciation guide… So that usually takes a month. I don’t record more than one chapter a day – because [of] doing all the character voices and putting in the right pause and emphasis and making mistakes and having to go back and re-record the sentence. And I also have to edit that chapter, so I try to get one chapter done every day. …Then I send it to a couple friends of mine who listen to it and come back and tell me any mistakes or repeated lines that they found and then I issue it. So it’s at least a 3 month process. Sometimes longer. It’s a lot of work. (good humored laughter)

Sarah: What are some of the benefits of using audiobooks in education?

Jim: Audio books – my job as the reader is to interpret: to take the words on the page and turn that into information that the people can just listen to while they’re doing other things. That’s really the best part about it. You’re listening to an audiobook while you’re driving or doing dishes or folding laundry or mowing the lawn. It’s a great way to “double-duty” and, for younger listeners, it helps them to realize “oh my goodness – all he did was pick up a book which I look at and go boring… All he did was read it out loud and it’s really interesting.” And hopefully it will be the gateway for them to pick up the book themselves.

Sarah: You’ve recorded a lot of books by G.A. Henty. Can you tell us a little more about this author and why he’s important to you?

Jim: George Alfred Henty was a 19th Century British Author/Storyteller. Queen Victoria was on the throne. The sun never set on the British Empire. It was a very high moral tone time period in British history in particular. [Henty] was a very accurate historian, did a lot of research before he started with his books. And something that I learned after I had started recording them was that he did not write them; he spoke them and somebody else wrote. So I thought it was interesting that they were spoken into existence, somebody put them on paper, and I’m taking them off paper and putting them back into spoken. I’m really delievering them in the original – if you get my point.

…I’ve learned more history from Henty than from any other single source and one of the reasons I like him particularly is that his stories are clean, he’s accurate, he has great role models, and frankly – this was a big one when I decided who I was going to record – this guy wrote 122 books. I’ve got lots of material. I can keep recording this guy till the day I die and probably not run out… My almost exclusive market is homeschoolers and it’s just a great fit. 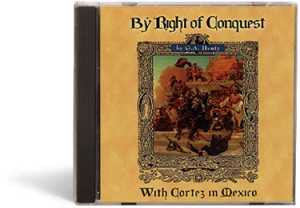 Sarah: Do you have a favorite Henty book that you’ve recorded?

Jim: I do.  My personal favorite is actually By Right of Conquest. [It’s about Cortez, the Aztecs, and Mexico/Central America]. It’s hold on to your hat…it’s just a rollicking story that just goes and goes and goes…

Sarah: This month on GZ665 we’re talking about the Middle Ages, and I understand you have great audiobooks for that era?

Jim: I do. You know, a lot was going on during the Middle Ages – there was the conflict between England and France, that seemed to be a never ending status of affairs. [Sarah: The fifty stages of the 100 Years War? (Laughter)] But the Crusades are in there, the Vikings are in there. There’s a lot of events from history that everybody learns about if they’re doing a survey of Western Civ. It was a long period of time and certainly so much happened in it… We have peasant rebellions, ships at sea, the explorers… Yes, I’ve got a whole lot on the Middle Ages! (Check out the Middle Ages audiobooks HERE) 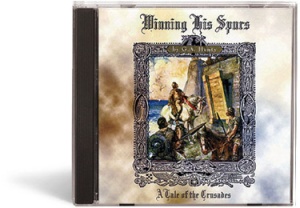 Sarah: What are some of the details about the Medieval History a listener might learn by listening to a Henty book?

Jim: The most important thing to me when I learn about these guys from history is their motivation. [For example] King Richard the Lionhearted on the crusades –  “hey, we want to go to the holy places and you’re robbing us and killing us and throwing us into slavery. You know we’re tired of this so we’re going to clear the path here and if it means we have to kill a bunch of you – you know we wouldn’t have to do this if you’d let us come freely through your country…”

Sarah: I’ve read your newsletters and Facebook business page, and if I remember correctly you took an exciting family trip last year. Did that inspire any of your recent recordings?

Jim: I guess it did. We knew we were going to be going to Venice, so I thought “Ooh, Henty wrote about Venice in The Lion of St. Mark so let me go ahead and read that book and I’ll plan on recording that when I get back.” It was timely and interesting to me. 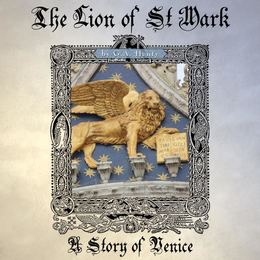 You know, the amazing thing to me – which I guess shouldn’t have surprised me – it reinforced to me Henty’s accuracy in history and description. …So when we went through the doge’s palace, and [Henty] always talked about the council of ten and the council of seventy – we saw those rooms, we saw the lion’s mouth on the wall, the docents would explain what the culture was like, and it’s exactly like Henty said. It really inspired my confidence in the accuracy and history of the times that Henty writes about.

Jim: Upcoming travels: none scheduled, except the homeschool convention season. I’ll be in Florida, Alaska, Virginia, Pennsylvania, Arizona – a number of different places. But that’s all state side stuff. We’re buying a condo in Annapolis… [after living in an RV for several years]

We definitely want to go back to Europe…that’ll probably be next year.

Educational advice – Mom, you’re busy get some audiobooks to keep the kids busy! Teach kids to love to learn independent of the grades – a life longer learner is what you’re really after. I never get tired of reading history or going to museums or traveling to different places I’ve never been before because I love to learn.

I just love to learn and found out how I learn best and enjoy learning most, so that’s what I do.

Thanks, Jim, for taking the time out of your busy schedule to talk about your recordings and love of history!  ~Sincerely, Miss Sarah

P.S. Go LIKE Jim Hodges Audiobooks Facebook Page; he is sharing some awesome “This Day in History…” posts which are a lot of fun and really informative. 🙂