Gardens grow food or flowers. For this blog post – instead of getting into the agriculture of the crops and posies – I thought it might be more fun to share some stories about gardens during the Civil War.

First, though, let’s clarify a few things and then we’ll get to the stories. Most country homes had gardens. That garden would supply the food for a family and sometimes extra which could be preserved or sold in market. In the large cities, some large homes had little garden plots or formal gardens, but “farmers’ marketplaces” were common, and city slickers could buy their fresh fruits, vegetables, and flowers from the country folk who brought their produce to the city.

Fresh fruits and vegetables prevent scurvy (and taste much better than hardtack and salt pork). Both armies – Union and Confederate – tried to find ways to get fresh produce from American gardens to the military camps or trenches…or the soldiers simply went foraging to steal from the local farmer’s garden. (More on that later in the article.)

Now – without further ado – here are a few wartime accounts in the garden setting:

Children In The White House Gardens

At The White House in Washington D.C., the Lincolns had a country-style garden (not formal) which probably provide fresh vegetables for some of the First Family’s meals and an abundance of flowers for mansion decorating. However, as the story goes, Willie and Tad – the mischievous Lincoln boys – loved to play in the garden. But they loved to play in the garden with their pet goats…and the pet goats apparently snacked on the flowers and trampled other plants. Oops!

Down South at the Confederate executive mansion in Richmond, Virginia, the Davis children didn’t have pet goats (that we know of!), but they did have a toy cannon that shot marbles. (Obviously the days before safety regulations on children’s toys?) The formal gardens in the “backyard” seemed like the best place for target practice. The handy target? A White House window… Oops!

It seems like a lot mischief took place in the executive mansion gardens – North and South. However, outdoor activity was promoted for children and gardens/backyards seemed like the best place to send the youth to play while father tried to win the war and mama worried about the dinner party. Can we completely blame the first children for finding their moments of fun in the gardens during the dark war?

Harvesting Green Beans During The Battle Of Gettysburg

Sarah Broadhead was terrified. (And she wrote about it in her journal.) There were enemy soldiers in her town and a battle going on outside. Who’d ever thought a little town like Gettysburg would be scene of one of the largest battles on American soil? But it happened.

And, in the midst of the sharpshooters bullets, distant volleys, and artillery thunder, her husband decided: to harvest the green beans.

It was the beginning of July, the beans were ripe on their climbing vines, and he couldn’t see any sense in all those yummy beans going to waste (or enemy soldiers eating them). Taking a pan, Mr. Broadhead went out in the backyard and proceeded to pick all the ripe green beans while sharpshooters eyed the backlots of the town homes and shot when they saw movement. From the doorway, Sarah watched, hoping and praying her husband would make it back to the kitchen unharmed.

He did. And he had a full pan of green beans, all ready to snap and cook.

Hardtack ‘n saltpork (or some variation of that). Staples in the rations for both Union and Confederate soldiers. However, it’s important to have a balanced diet and fresh fruits or vegetables help with that. In fact, scurvy became a problem in some units because of the lack of produce.

So…armies or military units typically didn’t have the luxury of staying in one location for long growing seasons (unless they were in a fort; different story then), and military camps weren’t easily suited for gardening. And who really had time for that with camp chores, drilling, and other military tasks? 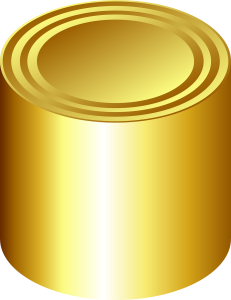 So how did soldiers get fresh food into camp? Well, that was the quartermaster department’s job. Food could be bought (or donated) and transported to military camps – if they weren’t so far away that the food would spoil. Sometimes families sent produce to their soldiers in “care packages.” Since it could be a real challenge to transport and preserve fresh foods, the armies often resorted to dried, “fresh” rations – like dried beans, peas, or rice – hey, better than nothin’ beyond hardtack and salt pork. In the North, factories started canning fresh vegetables and fruits in large quantities and those were more easily transported and distributed. (The Rebels didn’t mind capturing a wagon train with canned goods either.)

Then there was the more questionable way of getting fresh food. Scrounging. Scavenging. “Borrowing.” Paying for it in Confederate money. Or just plain “stealin’.” Along with his chickens, hogs, and cows, a farmer might find himself “donating” his garden produce to the nearby military unit. Some soldiers did try to pay for the supplies – others just took it. For better or worse, it was a way to get ripe garden fruits or vegetables.

American gardening and crop growing played a major role in keeping Civil War armies in the field. Whether the soldiers obtained their fruits and vegetables (fresh, dried, or canned) through the quartermaster department, from home, or through questionable methods, fresh produce was an enjoyable treat. Beyond growing food, gardens were the scenes of fun and mischief or terror and humor. (Maybe romance too? Another story for another time.)

From toy cannons in the garden to picking green beans under sharpshooter fire to supplying an army, gardens played a subtly and important part in the picture of the cultural and military history of the American Civil War.

P.S. Did you know that herb gardens became very important during the war – especially in the South? Herbs were used as substitutes for pharmaceutical medicines no longer available because of the blockade.

P.S.S. Did you know that flowers were also important? Beside beautifying the house and adorning ballgowns, flowers were often taken to hospitals to brighten the wards and cheer the sick or injured soldiers.