You remember my speaking to you of what I called your over-cautiousness. Are you not over-cautious when you assume that you can not do what the enemy is constantly doing? Should you not claim to be at least his equal in prowess, and act upon the claim?

…Again, one of the standard maxims of war, as you know, is “to operate upon the enemy’s communications as much as possible without exposing your own.” You seem to act as if this applies against you, but can not apply in your favor. Change positions with the enemy, and think you not he would break your communication with Richmond within the next twenty-four hours? You dread his going into Pennsylvania. But if he does so in full force, he gives up his communications to you absolutely, and you have nothing to do but to follow, and ruin him; if he does so with less than full force, fall upon, and beat what is left behind all the easier.

Exclusive of the water line, you are now nearer Richmond than the enemy is by the route that you can, and he must take. Why can you not reach there before him, unless you admit that his more than your equal on a march…

We should not operate as to merely drive him away. As we must beat him somewhere, or fail finally, we can do it, if at all, easier near to us, than far away. If we can not beat the enemy where he now is, we never can, he again being within the entrenchments of Richmond… 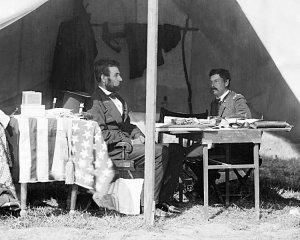 Lincoln visits McClellan in camp in Autumn 1862, after the Battle of Antietam.

A Leadership Problem In The East

President Lincoln had a Union victory at Antietam to issue the announcement of the Emancipation Proclamation. The focus of the war might have been turning in autumn 1862, but the full tide of war had (arguably) not turned in the Union’s favor yet. And Lincoln still had problems with army leadership in the eastern theater of the conflict.

George McClellan dominated much of the historical scene in 1862 Civil War history. But just because he had a lead role doesn’t mean he played it well. By October, McClellan once again wasn’t keen on following the enemy and winning decisive victories. Sure, Antietam helped his score a little, but Lincoln, the War Department, and the nation looked for some successes that would actually bring the war to a close and reunite the country. Antietam could be called a victory, but the enemy got away to “fight another day.”

Lincoln – once again – became the prodding president, trying get this “Young Napoleon” to move the army and fight at least one more battle before winter. Capturing the Confederate capital would be most ideal.

However, McClellan – as usual – wasn’t in a hurry. He hosted troop reviews, got organized (again), and played around with military strategy and tactics, giving his troops (and the enemy army) plenty of time to rest, enjoy the harvest, and recover from Antietam’s battle shock. 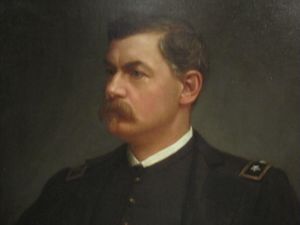 Everyone wanted Richmond. (Well, maybe everyone except McClellan? Sorry, lame joke.) Richmond was the capital of the Confederacy. Since the early days of the war “On To Richmond” had been a rallying and hopeful cry among Northern troops and civilians. However, by 1862, “on to Richmond” had become a sort of joke in the military. The Peninsula Campaign, John Pope’s invasion attempt, and other minor movements had failed to breach the gates of the Rebel city.

In this primary source, Lincoln starts giving McClellan military advice and ideas for taking the city. At that point, the Confederate army hadn’t returned to its stronghold trenches around the city, and Lincoln thought there might be a possibility for the city’s capture.

They didn’t know it at the time (though maybe Lincoln suspected it); McClellan wouldn’t be the Union general to take Richmond. It would take a few more generals in the revolving door of eastern leadership before one would hammer his way south, determined to beat the enemy as many times as possible to end the war.

One thing in this letter that particular stands out is the role-reversal. You’d think that as a West Point graduate, McClellan would’ve been the one developing a war strategy and explaining it to the president. However, in this document, we find Lincoln educating (or reminding) McClellan of some rather basic military principles, trying to coax or reason this general into a military movement, raid, or battle.

Still, Lincoln writes respectfully. Still trying to work with McClellan, hoping the general will yet become the brilliant military genius he had marketed himself to be. Lincoln is also clear – the enemy must be conquered somewhere, somehow. To me, that almost reads like a foreshadowing threat. If McClellan won’t attack, the president will find someone who will.

P.S. Do you know which general will command the Army of the Potomac next? (Spoilers Ahead!) 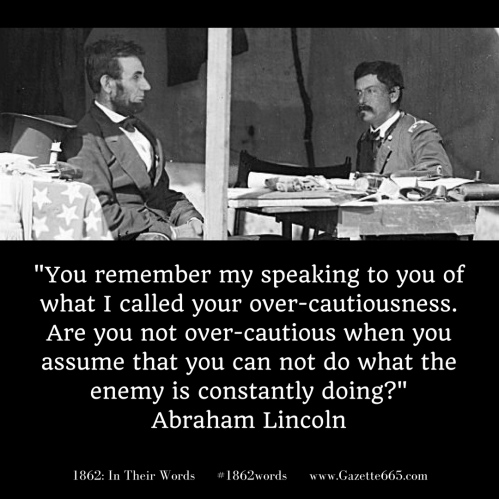