Poor Fredericksburg! The enemy on the Stafford side of the river in force; their cannon planted on the hills. Day before yesterday they demanded the surrender of the town, which was declined by General Lee. They then threatened to shell it, at nine o’clock this morning, but it is now night and it has not been done. It is hourly expected, however, and women and children are being hurried off, leaving every thing behind, except what they can get off in bundles, boxes, etc. There is no transportation for heavy articles. The Vandals threw a shell at a train of cars filled with women and children. It burst very near them, but they were providentially protected. A battle is daily expected. In the mean time the sufferings of the wandering women and children are very great.

Just from the depot. The cars have gone to Richmond, filled with non-combatants from Fredericksburg – ladies, with their children, many of whom know not where to go. They will get to Richmond after dark, and many propose staying in the cars this cold night, and seeking a resting place tomorrow. The feeling of desolation among them is dreadful. Oh, how I wish that I had even one room to offer! The bombardment has not commenced, but General Lee requested last night that the women and children who had not gone should go without delay. This seems to portend hot work. 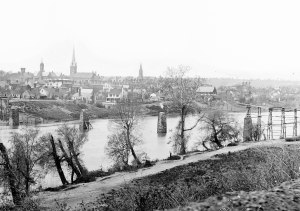 Civilians – Caught In The Middle

Throughout the Civil War, civilians were caught in the middle of battles and campaigns. The Battle of Fredericksburg serves as one of the startling and prominent examples of this since it was one of the larger battles in the east and involved a town evacuation, bombardment, and fighting in the streets.

Toward the end of November 1862, the Confederate military started advising civilians living in Fredericksburg to leave. Due to the transportation situation, many had to leave their possessions behind – making it running from the war rather than calmly relocating.

On December 11, 1862, Union artillery shelled the town of the Fredericksburg, attempting to drive out the Confederate troops and sharpshooters who had been hindering the placement of Union pontoon bridges and troop advance. Once the Union soldiers arrived in town, they looted it, tossing civilian possessions into the streets and being wantonly destructive.

Civilian life in Fredericksburg – for those who had left and those in hiding – would never be the same again. 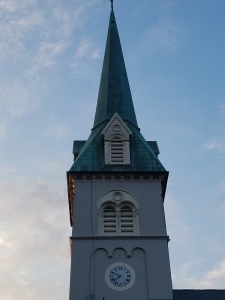 Though incorporated in 1781, Fredericksburg had its beginning during the Colonial Era, serving as the county seat (court-town) for several decades. Built along the Rappahannock River, the town had some famous residences – including Mary Washington (George Washington’s mother), John Paul Jones, and James Monroe.

With the nearby river providing water-power, Fredericksburg boasted several manufacturing mills by the early 19th Century, but the town struggled to maintain itself as a commerce center. Transportation improved when the railroad connected Fredericksburg to Richmond (state capital) in the 1830’s.

During the Civil War, most of the young, able-bodied men from the Fredericksburg area joined the Confederate armies, leaving the older men, women, children, and slaves at home. As the Union armies approached in autumn 1862, many slaves in the region escaped, looking for freedom and opportunity. War’s destruction, several battles, and experiences as a hospital town would leave Fredericksburg battered by conflict, however, the town survived. (And it’s now a wonderful little city with a rich history, large historic archives, and amazing frozen custard.)

Last year I had the privilege to take a walking tour led by Emerging Civil War historians at Fredericksburg Battlefield. We actually started the tour at the outskirts of the 1860’s era town, but the modern town now covers most of the open fields which became the battlefield. 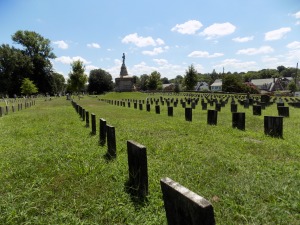 Part of the Confederate Cemetery in Fredericksburg, VA (photo by author, 2016)

I find old cemeteries interesting. Confederate Cemetery at Fredericksburg impressed me because – even in death and burial – the civilians did not escape the war. Skirmishes were fought in the burial ground, and civilians who died during or after the war were laid to rest near soldier’s graves. Fredericksburg’s civilians experienced the Civil War, and their cemetery serves as a reminder of how their lives were completely affected by war. 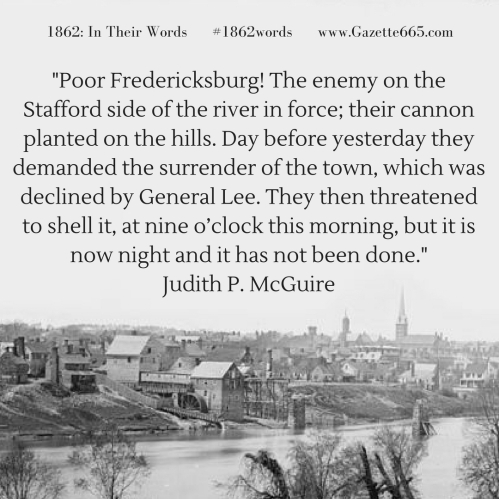