It’s a classic Christmas for many, and it has a fascinating story behind the lyrics. As we enjoy another week of December and might be listing our favorite memories of the season, The Christmas Song seems like a perfect tune.

So let me offer you a simple phrase… 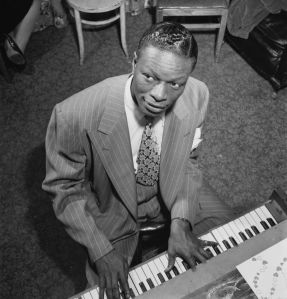 It was a blazing hot afternoon in California when Robert Wells started scribbling words on paper. He wrote about winter, trying to cool off by thinking of chilly memories. Wells’s friend Mel Torme – a performer with a famous career in jazz – stopped by and saw the phrases. Just forty minutes later, their collaboration looked like a song with possibilities.

The two friends headed to Nat King Cole’s home to show him their creation. Cole – a famous jazz pianist and singer – fell in love with the song and agreed to record it.

The Christmas Song released in October 1946 and stayed on the top ten list for two months. It consistently stayed on the music charts for 1947, 1949, 1950, and 1954. It was the first major classic Christmas song introduced to the world by an African American performer.

Wildly popular, the song has been recorded by more than 100 artists, including Bing Crosby, Judy Garland, and Mel Tome (one of the original composers).

Favorites of the Season

What makes this song so popular?

First, I think it’s the memories it prompts. Second, it’s got a great tune that captures the the lightheartedness of the season. Read through the lyrics and see if they prompt a lovely Christmas memory…

And so I’m offering this simple phrase
To kids from one to ninety-two
Although it’s been said many times, many ways
Merry Christmas to you

May your Christmas season be filled with all your favorite things! And I’ll keep the ending simple: “Merry Christmas.”

P.S. What are your favorite things of the season?