When you write a book about children living in a lighthouse, there must be some great historical accounts supporting the story. There are! I enjoyed reading accounts about lighthouse families and children as I researched for the historical novel Lighthouse Loyalty.

These are a few of my favorite facts and little stories about children who lived at American Lighthouses and how these accounts influenced my newest historical novel. 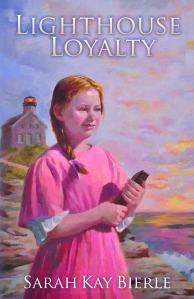 Sometimes we have this idea that lighthouse keepers were old men who spent lonely days reminiscing about the past and slowly climbing the stairs every night to light the lamps. It’s a romanticized image and ending for the sea-farers. However, it’s not all that accurate – historically speaking.

The U.S. Lighthouse Board preferred to hire keepers with families, although that wasn’t a requirement for service. They found that these men tended to be more sober and dedicated to their jobs. Also, a couple could serve as both keeper (man) and assistant keeper (woman). In later years of American lighthouse keeping, under the U.S. Lighthouse Service and Coast Guard, civilian families were still allowed to live at many lighthouses.

There were a few locations ruled too dangerous for women and children – usually extremely remote, wave-swept islands. However, families at lighthouses was more of a rule than an exception…so that meant there were quite a few “lighthouse children.”

Going To School or Schooled At Home?

Education was important in mid-19th Century America, and I was curious about the experiences for lighthouse children. The results from historical sources vary, usually depending on the individual lighthouse location and the age of the children. Some light stations were close enough to towns that the children attended school. Some children boarded with family or acquaintances in town so they could go to school – returning to the lighthouse for weekends or “vacations.” Other children were taught at home at the lighthouse, in a type of home-schooling where the parents did most of the instructing or assigned lessons from school books.

One of the most interesting accounts about education took place at Old Point Loma Lighthouse in Southern California. There, the lighthouse children rowed across San Diego Bay on Monday mornings to attend school. They boarded with a family in town for the week, then rowed back to the lighthouse for a weekend of chores and family time.

In Lighthouse Loyalty, the fictional Arnold Family lives at a lighthouse that is five miles from town. With the oldest child just turning ten, these young ones are a little too small to walk that far regularly or be with strangers for a full school week. Mrs. Arnold teaches her children at the lighthouse, setting aside regular hours to lessons. Susan loves spelling, but hates geography – though at some points in the story she wishes she had paid better attention to her lessons and maps!

Some Of The Best Pets…

When individuals live in remote locations, they want company and something to play with. Lighthouse keepers and children of all ages had pets. Cats were common pets since they kept the rodent population minimized in the pantry and storage rooms. Dogs were also “man’s best friend” at lighthouses. Some families rescued injured birds and nursed them back to health, and at least one keeper’s daughter risked her life to save the chickens! And then there were more unique pets – like alligators.

Susan Rose Arnold in Lighthouse Loyalty discovers a cat named Mattie who was left behind by the previous keepers. Mattie had been mistreated, and Susan tries to win her friendship.

Looking at different accounts or reminiscences by children who grew up at lighthouses, one particular theme stood out. They understood the importance of their “home.” They also tended to respect their fathers and have an almost reverent attitude toward the light and lens.

Some children learned to work alongside the keeper and managed the light in the keeper’s absence. Others became so proficient at the lightkeeping work that they were hired as an assistant keeper when they were old enough. 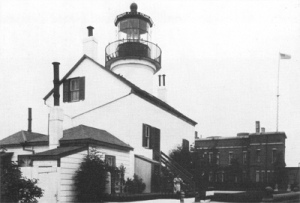 Children of all ages took their responsibilities seriously, whether they worked near the lens or not. Lighthouse keeping created endless chores, housework, and repairs, and the children worked alongside their parents to accomplish the tasks. By around the age of five or six, these children had their set of chores and responsibilities, and they understood that if the work was done badly it reflect on the family and on their father’s position as lightkeeper.

Throughout the historical novel, Susan Rose Arnold and her siblings have their daily or weekly chores, and they work with their parents and uncle on other projects. The story captures the sense of duty, responsibility, and ceaseless work while also giving glimpses of the fun and games lighthouse children enjoyed.

Some lighthouse children remembered or wrote about the loneliness of living at a location far from extended family and friends. Some children embraced the solitude while others struggled. The typically large families common in the 19th Century meant there were plenty of siblings to play with or look after, but friends outside the family might be harder to find.

Susan misses her friends from her old lighthouse home which was closer to a town. She writes letters to them occasionally when there is an opportunity to mail letters. While she enjoys playing with her siblings and takes her responsibilities seriously, Susan also tries to find ways to not think about her loneliness and starts writing, sewing, and trying to help her uncle. 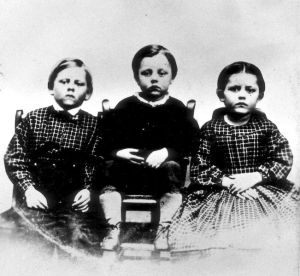 A Different Type of Childhood

Our 21st Century concepts of childhood are typically quite different from the 19th Century perspective. Children were loved and cherished, but they were expected to assume responsibilities at a much younger age than we usually see in the modern era. By their late teens, boys might be attending college (if they were pursuing higher education). From a young age, children were taught to help around their homes, look after younger siblings, and take responsibility for a variety of age and skill appropriate chores.

That’s not to imply that these children of the bygone era had dull, dreary lives. On the contrary! They knew that fun and games came when the work was done.

Throughout Lighthouse Loyalty, Susan and her younger brothers illustrate an accurate impression of mid-19th Century childhood in America and at a lighthouse. Their days are busy with schoolwork and chores while when the work’s all done, they enjoy playing with each other and with their pets.

P.S. Have you read Lighthouse Loyalty? What was the most interesting moment of “lighthouse childhood” to you?

6 thoughts on “Children At Lighthouses”