Lighthouses were government property; we lived in them, but anyone – inspector, citizen, or military – could come to the house, expecting to find hospitality and order. If the inspector thought the lighthouse wasn’t clean or we were wasting supplies, he could dismiss us in disgrace. (Lighthouse Loyalty, Chapter 1)

No, no, lighthouses aren’t supposed to messy and disgraceful. In fact, that would be explicitly against the lighthouse keeping rules made and enforced by the U.S. Lighthouse Board or the Bureau of Lighthouses.

However, it’s worth taking a look at the “darker side” of lighthouse history. What about the few keepers who failed in their duties? What did they do? And what was the punishment?

Poor housekeeping and/or dirty lighthouses or lenses were primary reasons for keeper dismissal. Here are a few examples of the filled reports about bad lightkeeping. Note that these three accounts pre-date the U.S. Lighthouse Board, which developed strict guidelines and inspections to help prevent such problems.

Ten Pound Island Light Station (Massachusetts) – 1833: “wretchedly kept. the windows of the Lantern very dirty. The reflectors black and oily, and the whole appearance indicating extreme inattention and slovenlings [slovenliness?]. I recommend that Keeper, James Sayward, be removed and that Amos Story of Gloucester be appointed…”

Statford Point Light Station (Connecticut) – 1837: “This lighthouse is in the worst order imaginable – The oil was when I visited it dripping from the lantern nearly to the base – the copper of the lantern deck is ripped up in many places allowing a free passage for the oil from the lamps, under which there are no drippings to catch it. There are the strongest indications of this lighthouse being kept in the most careless, and slovenly manner.”

Cleveland Harbor Light Station (Ohio) – 1838: “It was with much difficulty that I got into the lantern on account of the grease, where I found the deck covered an inch or more thick with Sand, old burnt wicks soot, oil, also old rags saturated with filth, broken glass apparently the accumulation of months, the most of the reflectors for like bronzes than silver, …This Light House is located in one of the pleasantest parts of the city ad subject to the notice of everyone, and for that…if no other should be kept in the neatest manner…” 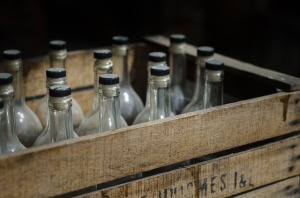 Drinking and gambling were also issues and reasons for dismissal. A lighthouse keeper – whether alone or with his family – was expected to behave in a controlled manner, consistent with his duties to tend the light and save lives. Intemperance was one of the more common vices among the lightkeepers who were dismissed during the 19th Century.

For example, at Bird Island Light Station of Buzzards Bay, Massachusetts, the inspectors reported that the keeper during 1853 was “addicted to drinking, gambling on the Sabbath, keeping disorderly house, etc., and also that he was neglectful of his duties.” And he wasn’t the first lightkeeper to run into moral trouble on that island. The very first keeper – according to legend – had been sent to the island without a boat as a punishment for a crime; his wife repeatedly tried to escape the island (and likely an abusive situation), and the keeper became so angry that he murdered his wife and buried her on the island.

Poor lightkeeping and breaking the lighthouse rules typically resulted in dismissal. Getting “fired” meant the loss of lodging, loss of pay, and in many ways loss of character – or at least trustworthiness. The 19th Century placed significantly more emphasis on duty and trustworthiness than many jobs in the modern era. Dismissal was a serious punishment and carried implications far beyond the loss of keeper or assistant keeper position.

If a lighthouse caught fire the suspected “firebug” or negligent keeper would have stood trial for their actions or disregard. 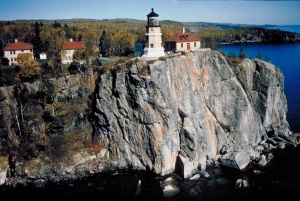 Today, we’ve given a few examples of the dark side of lightkeeping. However, it’s very important to note that the vast majority of lighthouse keepers and their families were dedicated to their duties, understanding the importance of their mission and the valuing the rules and regulations which keep the light station order and the life-saving beacons ever ready for service.