I have placed you at the head of the Army of the Potomac. Of course I have done this upon what appear[ed] to me to be sufficient reasons. And yet I think it best for you to know that there are some things in regard to which, I am not quite satisfied with you. I believe you to be a brave and skilful [skillful] solider, which, of course, I like. I also believe you do not mix politics with your profession, in which you are right. You have confidence in yourself, which is a valuable, if not indispensable quality. You are ambitious, which, within reasonable, bounds, does good rather than harm.

But I think that during Gen. Burnside’s command of the Army, you have taken counsel of your ambition, and thwarted him as much as you could, in which you did a great wrong to the country, and to a most meritorious and honorable brother officer. I have heard in such way as to believe it, of your recently saying that both the Army and the Government needed a Dictator. Of course it was not for this, but in spite of this, that I have given you the command. Only those generals who gain successes, can set up dictators. What I now ask of you is military success, and I will risk the dictatorship. The government will support you to the utmost of its ability, which is neither more nor less than it has done and will do for all commanders. I much fear that the spirit which you have aided to infuse into the Army, of criticizing their Commander, and withholding confidence from him will now turn upon you. I shall assist you as far as I can, to put it down. Neither you, nor Napoleon, if he were alive again, could get any good out of an army, while such a spirit prevails in it.

It’s time to introduce a new commander of the Union’s Army of the Potomac: Joseph Hooker. Born in 1814, Hooker attended West Point and graduated in 1837. His early military record showed great potential, and during the Mexican-American War, he won brevets in all military grades up to lieutenant colonel. He made captain of the 1st Artillery in 1848 but mysterious refused to take the post. For almost a year, Hooker served assistant adjutant general of the Pacific Division, then took an extended leave of absence and resigned in 1853. He lived in California and Oregon, struggling to stay financially stable and apparently regretting his decision to leave the military.

Returning to east, he received a commission as brigadier general of volunteers in 1862 and fought in the Peninsula Campaign where he received the nickname “Fighting Joe Hooker.” Hooker led his troops capably during the Seven Days Battles, Second Bull Run, Antietam, and Fredericksburg, though at the later battle he was criticized by General Burnside who wanted Hooker relieved of command. In a twist of irony, Burnside was relieved of command and Hooker took his place at head of the Army of the Potomac.

A Revolving Door Of Generals

Struggling to keep track of the Union generals connected with the Army of the Potomac or other major battles/campaigns in the Eastern Theater? It is sort of a revolving door, so here’s a list to help:

General George B. McClellan – creates the Army of the Potomac; Peninsula Campaign 1862

General John Pope – commanded Army of Virginia (which included units from the Army of the Potomac); Second Battle of Bull Run

General George B. McClellan – commanded Army of the Potomac; Antietam

And we have yet to find a victor in the east. (Hint: Joe Hooker will fulfill Lincoln’s doubts.) 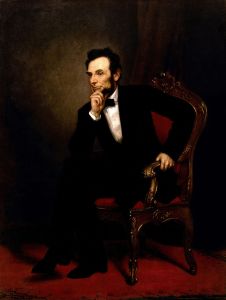 Lincoln’s letter contains a lot of valuable advice – not just for army commanders. He points out some valuable lessons to learn or remember about character. Here are a few that stood out to me today:

Don’t you just love it when there’s wonderful, practical advice in a letter written 155 years ago?!

P.S. What’s your favorite piece of advice in this letter? Let us know in a comment.

One thought on “1863: “You Have Taken Counsel Of Your Ambition””