…I trust that God is going to bless us with great success, and in such manner as to show that it is all His gift; and I trust and pray that it will lead our country to acknowledge Him, and to live accordance with His will as revealed in the Bible. There appears to be an increased religious interest among our troops here. Our chaplains have weekly meetings on Tuesdays; and the one of this week was more charming than the preceding one. 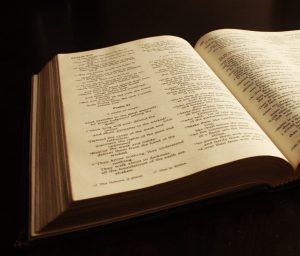 Religious Revivals in the Army of Northern Virginia

Beginning in 1862, religious revivals swept through the Confederate Army of the Northern Virginia. (Other Confederate armies experienced religious revivals too, but for this short article it seemed best to focus on what Jackson particularly commented on in his letter.) An increased interested in religion, repentance, and personal faith brought large numbers of soldiers and officers to prayer meetings, Sunday services, and other religious meetings in camp. Some units built chapels or prepared other places of worship, and military chaplains and civilian preachers routinely visited.

After the war, some of the chaplains and preachers wrote about the revivals, sometimes noting their observations that some of the units who had the most professions of faith suffered the greatest numbers of casualties during the 1863 battles. If the battlefields prompted a need for religious belief and faith, perhaps the soldiers’ new-found faith contributed to some of their confidence and bravery in the battles. 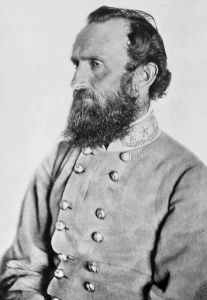 Jackson & Religion in the Army

A devout man of faith, General Jackson spent much of his “spare time” in the Confederate service working to bring chaplains to the army, giving religious tracts to his troops, and trying to curb loose-moraled behavior through orders and by setting an example. He and many other leaders thought that religious values and devotion would secure God’s blessing on their causes. (That’s not to say the revivals were wholly outwardly motivated; there are plenty of accounts suggesting that soldiers were seeking inner peace and personal faith.)

From primary sources written at the time of the 1862-1863 revivals, it seems Jackson’s desire to set a good, religious example to his men had effect. Admired for his bravery and battlefield victories, soldiers asked, “what makes Jackson different? successful?” For many, the answer seemed clear. His faith. This prompted many to investigate religious beliefs for themselves. Significantly, letters, journal entries, and other documents record this interest in Jackson’s faith during the war, not in the post-war eliminating Lost Causism from these particular examples.

In the South, ministers tended to either avoid the topic of slavery or try to use religion to justify it. While this doesn’t necessarily reflect into the accounts of newfound faith during the Confederate revival period, it plays into the historiography of how the revivals have been remembered as the decades passed.

An 1866 image of Jackson at a camp meeting. There many be some elements of what we would now call Lost Cause emerging in this image and memory.

During 1863, many leaders, Jackson included, saw the religious revivals as a sign of God’s blessing. (It’s worth noting that in the North, they had another set of “signs” of God’s blessings.) After the war, with the Confederate defeat, some Southerners tried to use the idea that somehow because of the religious revivals, the South may have lost militarily but won spiritually. While I personally would not doubt a testimony of personal faith and evidence of a life of faith, I have a hard time accepting this post-war Southern idea contrasted with the lack of “love your neighbor” during the Reconstruction Era.

I’m not saying this to downplay religion, faith, and it’s significance influence during the Civil War era. However, it’s a “nutshell” glimpse of how fact is sometimes (oftentimes) used for specific purpose or justification. With that understanding, it’s worthwhile going after the “real-time” sources and facts to see how the increase religious interest affected the soldiers, then-and-there and on the battlefields of 1863 and beyond and raise the question why these revivals and influence of religion on both sides during the Civil War are often sidelined in studies and books. 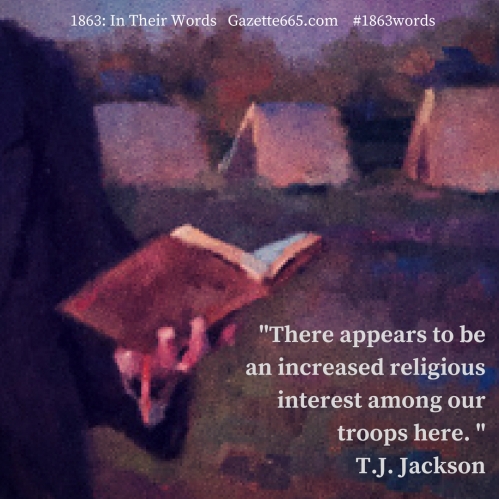