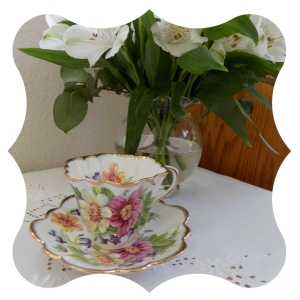 And I’m actually at a ladies’ tea this afternoon. I’d be surprised this these topics of conversation come up at our table in the church fellowship hall, but you never know. I know Gazette665 guests want to talk about history and that’s what we do at this “virtual tea table.”

So let’s get started… We’ll be talking about that historic image on my homescreen, the upcoming Civil War Conference, and some paragraphs that really made me stop to think. As always, please join the conversation in the comments and don’t forget to add questions for the next tea.

What’s On Your Computer Homescreen Wallpaper?

Something historical, of course. Here’s the image. 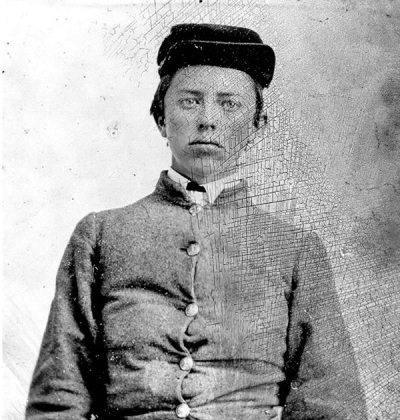 Who is it? Thomas Garland Jefferson, a cadet at Virginia Military Institute during the Civil War. He was mortally wounded at the Battle of New Market on May 15, 1864.

Why that guy? Well, I’m studying the Battle of New Market, and there’s just something about the photo that dares me to tell the history of the soldiers at the battle – soldiers in blue, gray, and cadet uniforms. Sorry, I don’t think I can explain it more clearly at this time.

What about you? Have a historical image on your homescreen?

I’m so excited to be hosting Gazette665’s Third Annual Civil War History Conference this June. Recently, I’ve had a lot of fun selecting inventory for the conference bookstore. We’ve been sending lots of conference confirmations and welcome emails to conference guests.

The conference speakers and historical display presenters have “reported” that their lecture and display plans are coming together well. Yours truly needs to finish up some research and her photo slides, though. I’ll be sharing about 1863 as it was experienced by the military and civilians in Richmond, Virginia. My goal this year is not to build it the week of the conference! (Guilty of that last year…)

If you’re in SoCal or thinking about a summer vacation here in June, you might want to note that Early Bird Registration closes tomorrow (Sunday, April 15). 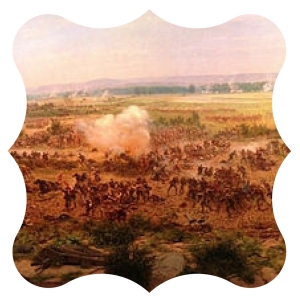 What Did You Read This Week That Really Made You Stop And Think About History?

That’s a hard question! I read history every day and think about it. Okay, okay… How about this?

I’ve been reading The Last Full Measure: How Soldiers Die In Battle by Michael Stephenson. (Depressing title, I know – sorry.) In the chapter about the American Civil War, there’s quite a discussion about the “addiction to the frontal attack” in 1860’s tactics. This paragraph really caught my eye:

It was a philosophy that looked back to the heroic tradition of the ancient Romans, with its emphasis on sacrificial courage in the service of the state. It embraced a way of fighting total, furiously energetic and uncompromising, in the service of an ideological cause, be that revolutionary or imperial France. Although it drew its inspiration from the past, it would also inspire soldiers of the future, be they Confederates, Union, or, in a much more terrible incarnation, military theorists and generals (particularly the French) of World War I.

It is worth remembering, however, that tactical orthodoxy has to be based, on some extent, on the successes of experiment. Not all frontal attacks ended up like the Confederate attack at Malvern Hill in 1862, or Pickett’s charge at Gettysburg, or the Irish Brigade at Marye’s Heights. There were also many successes, such as Jackson’s bayonet charge at the first battle of Bull Run (Manassas) and the Union assault on Missionary Ridge in 1863, as well as the Confederate attack on the first day at Shiloh. (pages 128-129)

I thought it was a really good perspective on the tradition and further development of that type of military attack. The second paragraph was the part that made me stop and think. Too often, Civil War historians get caught up in the tactical disasters and categorize the frontal charge there; however, as the author points out, there are successful examples. Something to think about…

What have you read recently that made you really think about history?

Thanks for coming for tea. I’m getting ready to travel for research and public speaking, so the next tea will be “hosted” while I’m on the road. Feel free to leave some comments and topics of conversation for next tea!

Have a lovely day!