We’re a month away from Gazette665’s Third Annual Civil War History Conference, and during these next few weeks, I want to take some time in our Wednesday posts to share a little about the event with you.

Today, we’ll introduce three of our six speakers for the 2018 event and share a little more than their speaker bios – a little information about how I (conference coordinator) met them and titles of their presentation topics. I’ll introduce the other three speakers next Wednesday!

Are you coming to the conference? Give us a shout-out in the comments and don’t forget to tell your friends about the event. If you live near or far, you can catch a lot of 1863 history and event details and photos on our Facebook Conference Page.

Joining us from Fredericksburg, Virginia, Daniel T. Davis is an author, speaker, and co-managing editor for Emerging Civil War – one of the largest Civil War sites on the world wide web. Daniel graduated from Longwood University with a B.A. in Public History in 2005 and worked for five years as a historian at Fredericksburg and Spotsylvania National Military Park and Appomattox Court House National Historic Site.

Daniel has co-authored six books in the Emerging Civil War Series published by Savas Beatie; the book subjects include the Battles of Brandy Station, Gettysburg, Bentonville, and the Autumn 1864 Shenandoah Valley Campaign. He has also authored or co-authored articles in Blue and Gray Magazine, Hallowed Ground and Civil War Times.

His current research focus is on cavalry operations in the Eastern Theater, and he is currently working on a study of George Custer’s operations in the Gettysburg Campaign. Follow Daniel on Emerging Civil War Blog. www.emergingcivilwar.com

Daniel is a colleague from Emerging Civil War Blog, and this will be his first trip to California! We’re looking forward to showing him a few historical sites.

“First Command: George A. Custer in the Gettysburg Campaign” 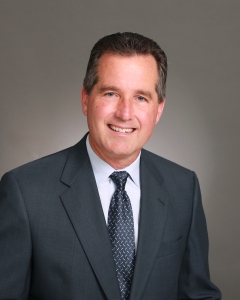 David T. Dixon earned his M.A. in history from the University of Massachusetts in 2003. He has published numerous articles in scholarly journals and magazines. While much of his writing focuses on black history and on Union sympathizers in the  South, David’s current research project is uncovering facts about German immigrants and their roles in the Civil War and American History.

David’s first non-fiction history book is titled: The Lost Gettysburg Address: The Civil War Odyssey of Charles Anderson. He is currently working on his second history book, a biography on the life of Union General August Willich.

David has actively supported Gazette665’s conferences from the very beginning. In fact, he has presented at every conference to date, always bringing serious research and thought-provoking lectures.

“Union General August Willich and the Struggle for a Social Republic” 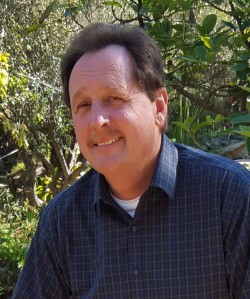 Bruce Smith lives in “Horsetown, USA” (Norco, California) and has been interested in the American Civil War and cavalry since elementary school years. He is retired after serving 33 years as a police officer for the Arcadia Police Department and supervising their equestrian unit. Bruce and his wife own and operate Cornerstone Equestrian Center; he volunteers at Lincoln Memorial Shrine (Redlands, CA) and owns On-Site Living History which brings history and horses to classrooms throughout Southern California.

Bruce has toured Civil War battlefields, fought re-enactment cavalry conflicts across the country, and is an avid researcher.

When asked about his inspiration and passion for sharing history, Bruce explained, “For me, it’s about horses and history. There’s something about the glory of being a soldier on horseback. Since I work with horses, I want to understand their role in American history – when cavalry changed the war, and when it didn’t.” Visit Bruce’s website: onsitelivinghistory.com

Bruce has supported the conference since the beginning, too. In fact, if you attended our 2017 event, you might remember he “saved the day” when another speaker had to step down with another commitment. Bruce agreed to share about the Battle of Shiloh for 1862, if he could share about cavalry for 1863…and we’ve been looking forward to his presentation ever since!

“Romance to Reality: Life in the Union Cavalry”

If this is the first time you’ve heard about the conference and/or you want to register for the event, head over to our Conference WebPages for all the details. Here are the fast facts:

Just keeping you informed of the exciting happenings and hosted events at Gazette665! Have a lovely Wednesday…