Last week we introduced three of the six speakers for Gazette665’s Third Annual Civil War History Conference, and today you’ll “meet” three more talented individuals, sharing their speaker bios and a little information about how I (conference coordinator) met them. 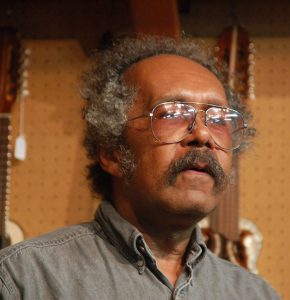 Nick Smith became interested in the Civil War during the Centennial, reading Bruce Catton and playing a Civil War game that got him interested in both the historic conflict and the stories of the people involved. He has worked as game designer, magazine editor, bookseller, and staff of the Pasadena Public Library. His detailed research on the Civil War led him to speak to Round Tables and community groups about 1860’s history, and he has written articles for the Civil War volume of the Armchair Reader series.

Nick has served as president of the Pasadena Civil War Round Table and Commander of the Rosecrans Camp, Sons of Union Veterans. A longtime researcher on the postwar lives of Civil War veterans, he has identified several hundred veteran graves in southern California. In 2015, he co-curated “When Johnny Came Marching West,” a special exhibit at the Pasadena Museum of History.

He has spent several years researching in-depth the history of USCT regiments and their roles during the Civil War and looks forward to sharing his studies on the 55th Massachusetts Regiment at the conference.

Nick is an amazing story-teller, and when I heard him share his research about Union veterans, a Southern California fair, and a “runaway” hot air balloon, I knew he had to come speak at a Gazette665 conference!

Interested in history for as long as she can remember, Heather St. Clair was inspired to research and teach by one of her high school teachers. She earned a B.A. in Liberal Studies Elementary Education with an emphasis on Sociology/Anthropology and taught elementary school grades for three years.

Since 2009, Heather has been a founding member of Academy of Living History Performing Arts, participating in living history events, developing historical programs for public and private schools, and supporting the educational mission of the Armory Band. Heather has traveled to Civil War sites across the country, including Gettysburg and Fort Point (San Francisco, CA) and plans to make more research trips in the future.

Heather has been studying the life of Mary Ann Bickerdyke, Civil War medicine, and the U.S. Sanitary Commission for six years. When asked about her unfailing interest in the history of the 1860’s, she said, “The more I study and learn about the American Civil War, the more I realize that there is to learn about this time and the incredible accomplishments made during this time.”

Heather portrays Mary Ann Bickerdyke for living history school programs and runs a field hospital at Civil War re-enactments. I’ve volunteered at “the hospital” and helped with a scenario or too. 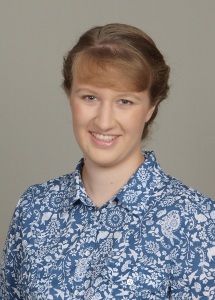 Sarah Kay Bierle (conference coordinator) graduated from Thomas Edison State University in 2013 with a BA in History and has spent the last few years exploring ways to share quality historical research in way that will inform and inspire modern audiences.

Sarah’s interest in history began at a young age, and, through the years, she has helped to prepare teaching activities and planning historical events for private school students. She serves as Co-Managing Editor for Emerging Civil War, writing frequently for their website and coordinating the blog’s content. Sarah has been involved in Civil War re-enacting for five years, and enjoys giving historical presentations for history groups and roundtables. She has published three well-researched historical fiction books and is preparing her first non-fiction Civil War manuscript.

Currently, Sarah is working on several Civil War research projects involving civilians and the campaigns in the Virginian Shenandoah Valley.

That’s me…so this awkward! How about this fact? I’ve lived in California all my life, but study East Coast Civil War history extensively. (It makes wonderful traveling adventures to gather research notes!) And this Civil War conference is way to offer more 1860’s history to the California communities.

The countdown continues to the conference, and we’re less than a month away. Need some fast facts about the event?