Ready for some amazing stories and secrets? February is Black History Month, and we’ll be looking at some history of the Underground Railroad.

To kick off the month, here are ten interesting things you’ll want to know about this incredible escape route that swept the enslaved toward freedom…

Enslaved men and women had been escaping for decades. Slavery had started in the American colonies in 1619 at Jamestown, Virginia, and the desire to escape and be free had been present from the beginning of the institute. However, the network of safe houses, signals, and codes seriously developed in the 19th Century.

Eastman Johnson’s “A Ride for Liberty”

2. But Quakers had been operating escape routes for decades.

Although the Underground Railroad as we know and study it became organized and powerful in the 1820s-1860s, there had been compassionate and brave men and women who had aided runaways for decades, even in the Colonial era. Quakers formed the majority of helpers to escaping slaves, taking their role from religious beliefs and a commitment to stand for human rights.

In both the 18th and 19th Centuries, Quaker communities protected men and women who had decided to create and claim their freedom. Quakers also advocated powerfully for abolition, becoming the leading voices in that early movement.

3. Laws in the 18th and 19th Century forced these secret operations for freedom.

Tragically, colonial and later federal laws recognized and supported human bondage. Thus, the men and women who chose to escape their situation of enslavement were viewed as criminals and anyone who added in their escape were also criminals in the eyes of the law. However, compassionate, moral, and courageous people realized that moral and ethical laws could be more powerful than legislative rules and chose to support the belief that the promise of freedom extended to all – regardless of race or ethnic group.

The pursuit of freedom became even more difficult through the Fugitive Slave Acts. The first appeared in 1793 gave permission for local governments and officers to recapture escaped slaves – even within free soil states – and send them back to their angry masters. Free states protested and passed counterlaws within their jurisdiction, but the Supreme Court denied and overturned these measures. The Fugitive Slave Law in 1850 bolstered those previous measures and also allowed slave catchers to take legally freedmen back into slavery; this law outraged many in the north and contributed to the success in the final decade of the Underground Railroad.

4. Deciding to run was an illegal and fateful decision.

Not only was escaping bondage against the laws of that era, it became a momentous personal decision. It often meant risking pain or death if caught. It often meant leaving behind loved ones. The journey to freedom – although aided by the Underground Railroad – was still dangerous. Fear, understandably, held many enslaved to their plantations or other places of work even when the opportunity for freedom arrived. Angry masters, slave catchers, folks looking for monetary rewards, wild animals, and a host of other difficulties added to the dangers of the journey. 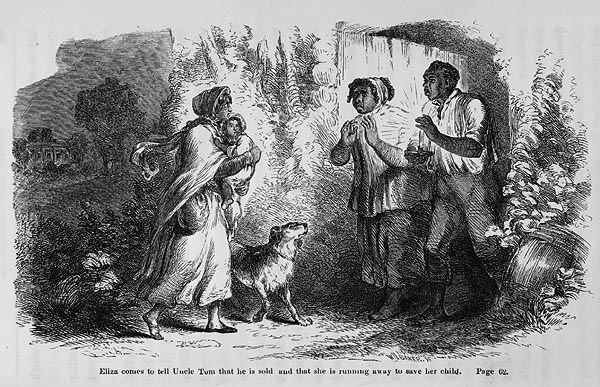 5. They used railroad terminology for the secret routes.

The escape routes were likened to railroads. No, there wasn’t literally a railroad underground. Terminology copied the new, physical technology of iron tracks that did crisscross America in the same time of the secretive operations for freedom.

6. Conductors on the Underground Railroad were both black and white.

Conductors came from many different backgrounds. Sometimes religion or sense of justice motivated them. Some were rich, some were poor. Some operated safe houses while others transported the fugitives by boats or wagons. Both white people and African Americans worked in the Underground Railroad system. Risking everything, including the possibility of going to prison for breaking laws, they all did their part to provide safety, reassurance, and new plans for the fugitives on their route.

Conductors did not know the details of the entire route. They usually just knew their contacts, and this helped ensure the secrecy in case a conductor or fugitive was caught and questioned.

7. A variety of coded symbols signaled safety or danger for escaping men and women.

From songs, chants, and poems to quilts, laundry patterns on the wash line, marks on trees, piles of rocks, gestures, and many other tiny details became symbols on the Underground Railroad. Secretive and seemingly harmless, the creativity of the conductors ensured that messages of safety or danger reached the fugitives hiding nearby or directed them to the next step of their journey.

8. Many routes led all the way to Canada.

Because free states were no longer guaranteed safe because of the Fugitive Slave Laws, many escapees journeyed all the way to Canada. That country – part of the British Empire – had no slavery and did not allow slave catchers into their land.

Documentation of routes on the Underground Railroad ran west through Ohio, Indiana, and Iowa and sometimes farther to Canada. Others ran directly through Pennsylvania, New York, or New England, and then toward the Canadian border. Many fugitives did manage to live and thrive in the northern, free states, but their freedom was sadly still at risk while Canada offered more permanent liberty.

Map of known routes on the Underground Railroad

9. One of the most famous conductors was Harriet Tubman.

Men and women both served as conductors on the Underground Railroad. One of the most famous and one with a huge price on her head from angry slave catchers was Harriet Tubman. She escaped slavery, then spent years working to save money and returning yearly to the South to lead hundreds to freedom.

By about 1863, the Underground Railroad came to an end. The Emancipation Proclamation enforced by advancing Union armies brought freedom to thousands of enslaved. Instead of running to a free state or Canada, the fugitives now ran to Union troops and started building new communities and lives.