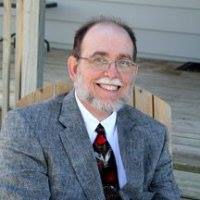 Today, we are pleased to welcome David Connon as a guest author on Gazette665.

David Connon is a historical researcher, speaker, and writer.  He has spent the past six years documenting 75 Iowa residents who left that state and served the Confederacy. Their existence (in a strongly pro-Union state) represents a scarlet ribbon of political dissent.  He shares some of those stories in his blog, Confederates from Iowa:  Not to defend, but to understand. He is a great-great-grandson of two Union veterans.  Mr. Connon has spoken to audiences across Iowa through the Humanities Iowa Speakers Bureau.  During the season, he works as a historical interpreter at Living History Farms.  He has a master’s degree in education from Northern Illinois University.

END_OF_DOCUMENT_TOKEN_TO_BE_REPLACED 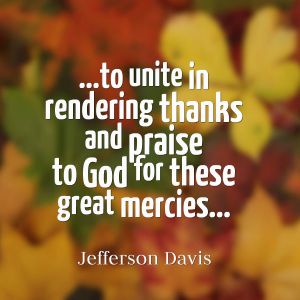 During the Civil War, both American presidents – Jefferson Davis of the Confederacy and Abraham Lincoln of the United States – issued proclamations for “days of thanksgiving.” One of the Lincoln’s announcements became the basis for our modern holiday.

Learn more about America’s heritage of giving thanks and read the actual words of the Davis and Lincoln in this new blog post featured on Emerging Civil War.

I hope you’ll enjoy: Two Presidents’ Invitations To Give Thanks

Have a lovely day of celebration and gratitude! 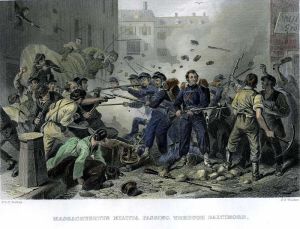 This week a blog series written by yours truly was published on Emerging Civil War.

The series introducing the internal conflict experienced in the state of Maryland during the American Civil War. I enjoyed the opportunity to introduce this subject and share stories of two young people who were directly affected by the struggle.

Here are all the links “Maryland, My Maryland”:

Maryland, My Maryland, Part 1 – introduces Maryland’s role as a border state during the Civil War

Maryland, My Maryland, Part 2 – follow a young Marylander who chose to fight for the Confederacy and what happened to his family as a result of his decision

Maryland, My Maryland, Part 3 – meet Miss Eupehmia Goldsborough whose charity and Southern sympathies exiled her from her home state.

P.S. You are welcome to leave comments and questions on ECW. I will be happy to answer them!

Today, we are pleased to welcome guest author, Nathan Bierle! Nathan has been studying U.S. Government and part of his class included “A Patriot Project.” This special assignment requires students to study the life of an American Founding Father, with the goal of learning about his life and moral beliefs.

Nathan chose to research Alexander Hamilton and discovered some interesting facts about this American leader. Nathan admitted that with the resources he had available, it was a little challenging to discover precise details regarding Hamilton’s religious/moral beliefs, but I think he has drawn some insightful conclusions, based on the information he found.

(Edited for publication by Miss Sarah)

Examining the life of one of our Founding Fathers, Alexander Hamilton, we can see how biblical values played an important role in early American history. Throughout his life, Hamilton held a high moral and ethical standard. This made him a great leader both on the battlefield and in government.

Early Life Alexander Hamilton was born on the Lesser Antilles island of Nevis. Most historians think he was born in 1757, but there is no direct evidence as to when he was born. He grew up on the island where he was born. Hamilton’s father left his mother when he was ten, so he started working at his mother’s store on the island. Since he did not have enough money to go to school he taught himself as much as he could by reading. When Hamilton was twelve his mother died of an island disease, so he went and became an apprentice with a trader based in New York. After making some money working for the trader and moving to New York, Alexander Hamilton attended Kings College in New York. At college he studied math, Latin, and anatomy.

War Years Shortly after he got out of college the American Revolution began so he joined the American army and became a captain of artillery. After proving himself a good leader at the battles of Princeton and Trenton, Hamilton became an aide to General George Washington.

For his role as first Secretary of the Treasury, Hamilton is currently featured on the $10 bill (U.S. Currency)

American Politics At the end of the war, he married Betsey Schuyler, the daughter of a rich merchant, and had eight children. He also became a lawyer and got into politics in New York during this time. After being in politics for a little while, he became one of the New York representatives at the Constitutional Convention. During that time he was one of the key people writing the Federalist Papers. After George Washington became president, Alexander Hamilton was appointed the nation’s first Secretary of the Treasury; in this position, he saved our economy after the revolution. After serving as Secretary of the Treasury for three years 1788-1791, he stayed in government until his death in 1804. He died of a fatal gunshot wound after his duel with Aaron Burr.

Religious/Moral Beliefs After a brief study of Hamilton’s life, it is difficult to know exactly what he thought about the Bible and the influence its principles should have in government. We do know that in his youth Hamilton was raised in a Presbyterian church, but he seemed to run out of time for religion after his college years. When Alexander Hamilton was a Founding Father, he was a Deist – he believed there is a god that made everything, but that that god has just let everything go its own way. From his writings it appears that Hamilton believed that religion was only a moral standard, instead of a warning of judgment on those who disobey. Although it would appear that he was not a committed Christian, he did have good morals; for example, as a lawyer he chose to not worry about popularity, but to do what was right by defending former Loyalists in court. Another example is something he said, “A promise must never be broken.” This shows he knew the importance of honesty in government. Even though he was not a very religious man, it is obvious that he knew the difference of right and wrong, and knew that a nation needs good morals.

Thanks, Nathan, for sharing your report with us!

P.S. Learn something new about Alexander Hamilton? Want to share some encouragement with Nathan? We look forward to your comments.

This blog post introduces an aspect of the Civil War’s end which has been almost forgotten in the triumphant and reunion images. Just follow this link to Emerging Civil War and you’ll find the article – Empty Arms: A New Sesquicentennial Image.

I have a theory, a belief, a conviction.

Usually civilians get ignored in the studies of war. But at Gettysburg, something mysterious happens… The civilian population of 1863 was called awful names and often berated by national newspapers. The years passed and some of the civilians in the town redeemed their reputation, but a stigma remained against the civilians of 1863 living in the countryside. Why?

I’ve written my historical findings and opinion on this subject in a new blog post for Emerging Civil War – Gettysburg Civilians: Evil Beasts or Compassionate Heroes?

Hopefully, this new look at historical evidence will cast light on a subject shaded by prejudice. Here’s the link again.

P.S. Go ahead and leave comments or questions on ECW’s site and I’ll be happy to answer them over there.